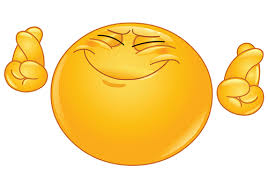 Most of us will never play D-1 sports, much less become professional athletes. But many of us have rituals that we believe allow us to compete more effectively.

Tiger Woods wears a red shirt during final rounds of golf. Michael Jordan wore his college basketball shorts from UNC under his uniform. Wade Boggs ate chicken before every baseball game. Even fans have rituals to help the home team such as lucky clothes and rally caps.

According to an article in Applied Sports Psychology in an article entitled The Power of Ritual & Superstition in Sports, a ritual in sports can be defined as ‘a certain behaviour or action that a sports performer carries out with the belief that these behaviours have a specific purpose, or power, to influence their performance’. Many sports performers believe that performing a specific ritual before a competition improves the outcome of their performance.

As the Denver Women's Soccer program braces for their match with Portland Saturday, there are surely players and fans, especially parents and close friends, who will follow rituals and superstitions to will a goal and, ultimately, victory.

The article cites a study by Damisch, Stoberock and Mussweiler (2010) researched the performance benefits of these superstitions and tried identifying their underlying psychological mechanisms. Their results...suggest that these performance benefits are produced by changes in the sports people’s perceived self-efficiency, which activates a superstition boost in a sports person’s confidence in successful completion of the upcoming tasks; this in turn improves their individual performance.

Excellent article. Thanks for posting!

DU is not beating Portland. The streak will end against some hapless Summit League foe. Poor Jeff Hooker must be pulling his hair out - 22 years of coaching and he's never had a really bad team - only two losing seasons and even those were just under .500 years about 10 years ago.

DU should fly me out for games. My record is 214-21-6 when watching a live DU sporting event. I outperform BOONE.